A quick guide to the new and fun single-player(ish) experience in Dota Underlords!

What is City Crawl

Think of it as a Dota Underlords campaign where you play as one of four protagonists (Jull, Enno, Anessix, Hobgen) in a fight for control of the underworld of the city of White Spire. 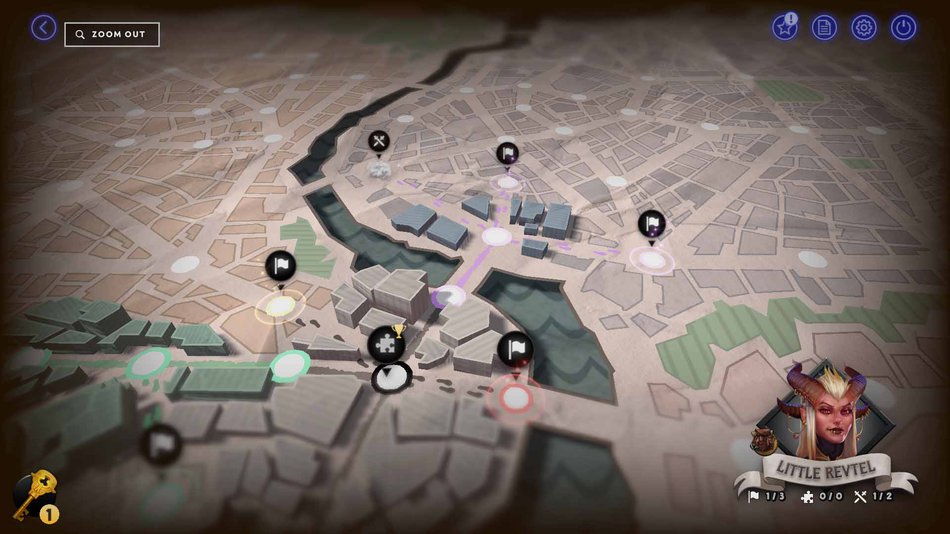 You start the Crawl at the center of the city and work your way outwards by completing different challenges until you control the whole territory.

Each of the four protagonists has his own section (quarter) of the city - as you can see below, you can find the Jull challenges at the southwestern district. Enno is in the northwestern quarter, Annesix in the northeaster, and Hobgen – southeastern. 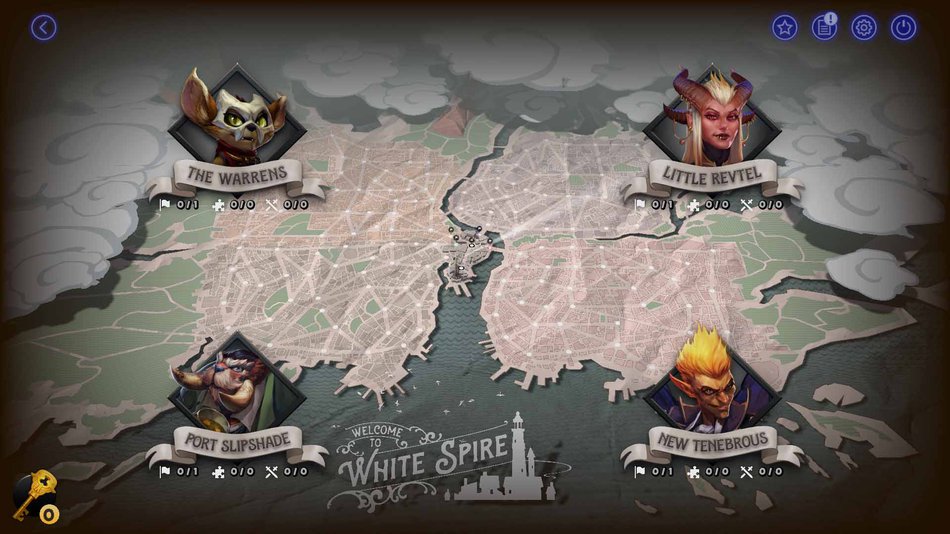 Generally speaking, the easier challenges lie closer to the center, while the harder to complete events are near the edge of the city.

There are three types of Challenges in the city. Some of the content in the City Crawl is locked behind the Battlepass paywall, but for the price of $5 and the many cosmetic item bonuses, it’s more than worth it if you like the game. 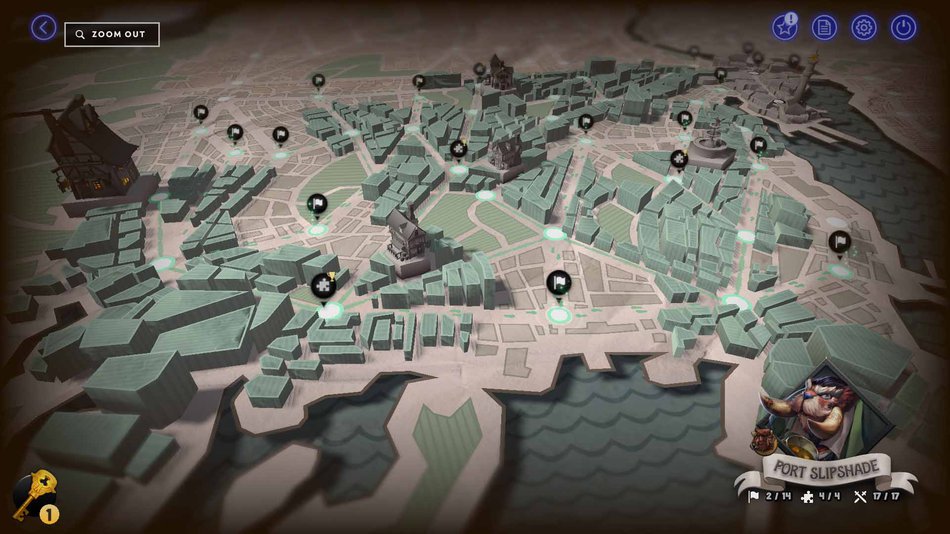 The first and most common type of challenge you’ll face are Street Fights. Those are Knockout-Mode style single-player scenarios where you play a best-of-three rounds against a pre-determined enemy crew. You start by choosing your Alliances just as in Knockout mode, and you have a budget you can spend before each round to upgrade and complete your crew.

Strategy: the important tip here is that as you go along and complete events in the district of the specific Underlord, you gain access to additional items that you can equip on your heroes during street fights. The more items you have, the easier fights become. This is important if you are failing to complete a particular street fight: you can complete additional events, gain more items, and return to the street fight stronger than you were before.

Most street fights are quite straightforward and you can easily beat them by following some basic Underlords Strategy. The final ones at the edge of the city, however, could present a challenge.

Enno’s Crew: For example, at the end of the Jull section (next to his Sundered Moon Inn), you need to fight Enno’s Crew. Enno’s army consists of very tanky Brawnies/Brutes, and generally speaking, Enno will have significantly more net worth in his crew than you. This means that just playing any random strategy isn’t likely to work. Instead, you need to think about the strengths and weaknesses of Enno’s crew. In this particular example, Lifestealer is a great hero to go for because his Feast passive fully counters the high-HP of the Brawny heroes and a Lifestealer with good supporting heroes and a decent item can easily carry you in this example.

Puzzles are the second type of single-player scenarios. They are freestyle-mode challenges in which you need to beat a predetermined army while obeying specific restrictions on your own crew: 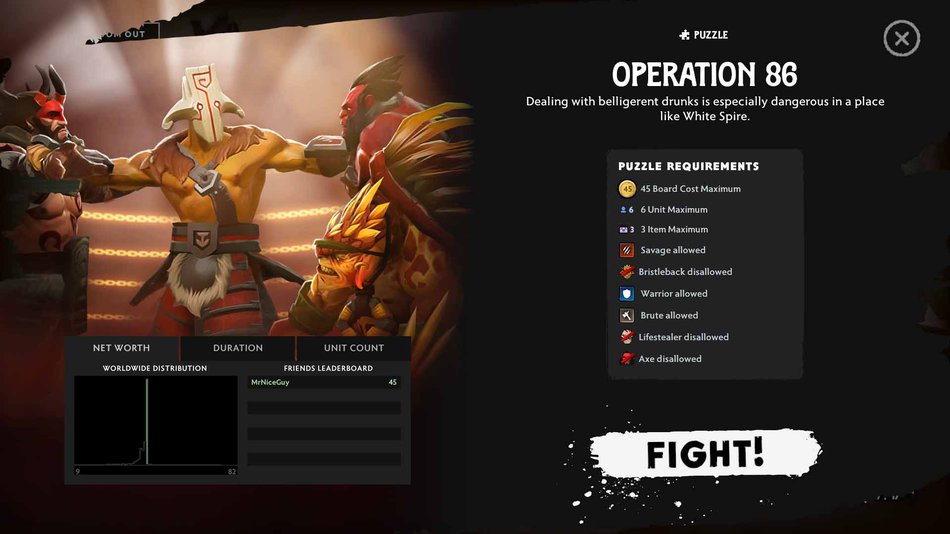 Puzzles by definition require a bit more creativity and understanding of the Underlords mechanics. That said, you are free to change your crew whenever you like and try as many different configurations as you want, which means that eventually, you’ll figure them out without much trouble.

Strategy: As with the tougher Street Fights, in the case of Puzzles you should think about the strengths and weaknesses of the specific army you’re facing. E.g. if you’re facing Mages, then getting the (2) or (4) Scaled bonus might be a great idea.

The last type of challenge is Objectives. 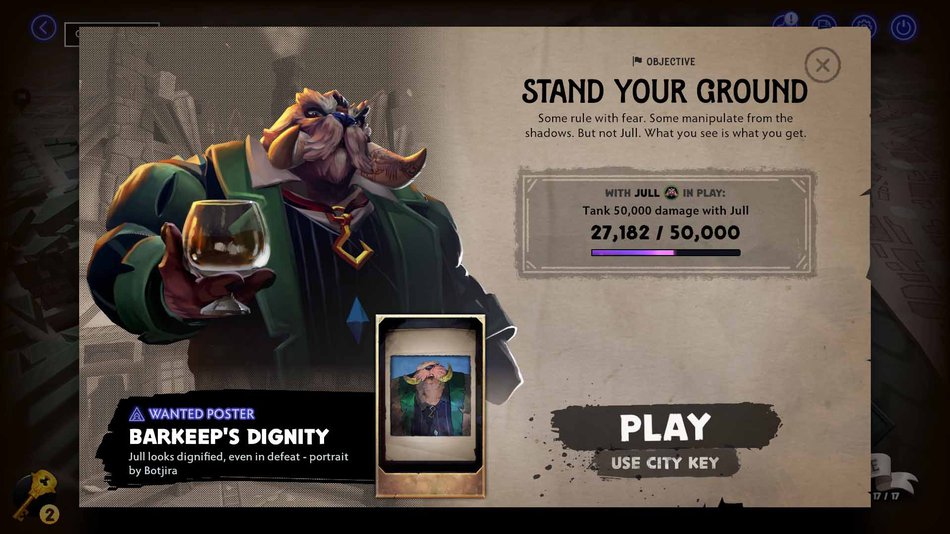 Objectives are something resembling achievements – you complete those by playing normal Dota Underlords games. The important piece of information here is that you can complete multiple objectives at once. This means that the best strategy is to unlock as many objectives as possible (by completing all Puzzles & Street Fights) before you start spamming Standard or Knockout games.  This way every time you play with the specific Underlord (in the case above Jull), you gain points towards completing multiple of his objectives at the same time: 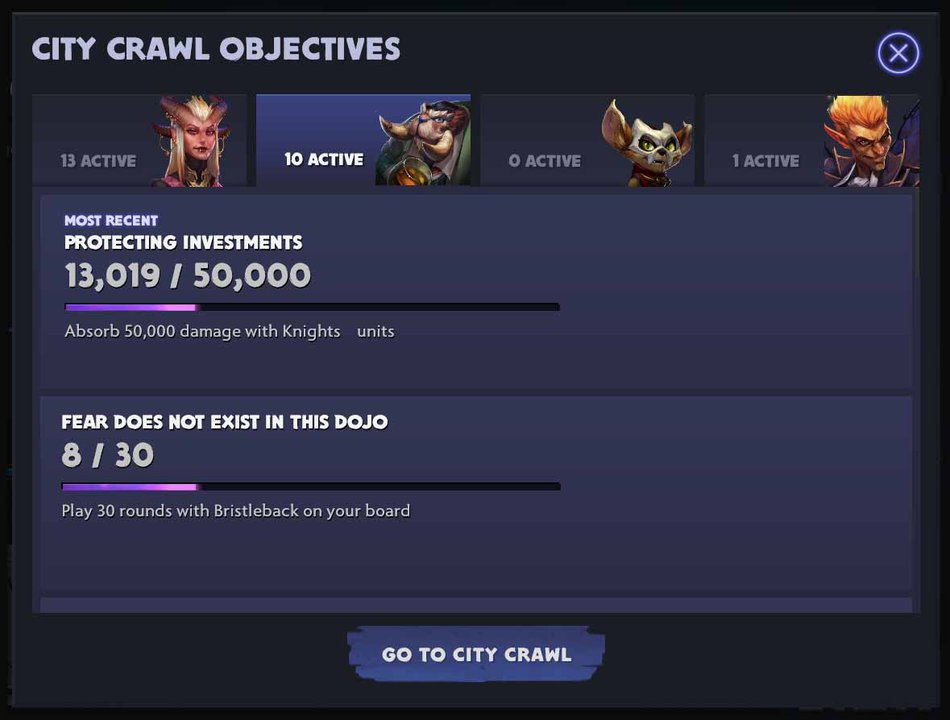 Have fun with City Crawl!

If you like Dota Underlords, these resources will be very useful to you: