About Us
Artist: Perfect World
Our Goal
To create the best learning hub for the Dota 2 community.

Since you are here you probably already know that in order to get the most enjoyment out of Dota you need to play it at a high level. The better your allies and opponents, the more challenging and interesting your games will be. Dota's endless possibilities for deep strategy and its competitive nature is why we are in love with this game in the first place. In order to experience this deep strategy, you need to be good at the game yourself.

That's why we decided to create the best hub for high quality educational content
for our community.

If you are a competitive Dota geek like me, you probably want to learn from the best. Understandably, most established pros are really busy and don't have
a lot of time to create content. To motivate them to do so, we offer them
a percentage of the sales of any premium content they create with us.
The more involved they are in the process, the higher the percentage
they receive.

Semi-pros have a different problem - they have immense knowledge about
the game but they need a source of income to keep chasing their dream of
becoming professional players. Our goal is to use this knowledge to create
very high-quality content with them.This will provide them with a revenue
stream that can help them continue on their path and one day,
hopefully, hold the Aegis of Champions themselves. 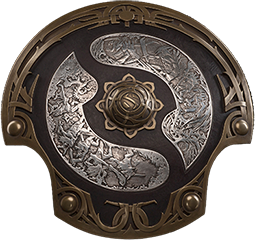 Without doubt there's a lot of great free content created by the community out there. That's why we curate it, share it on our site and sort it by topic and other factors to make all of it easier to find - being at the mercy of Youtube recomendations is something we want to avoid. This way you will always be able to find the best educational content the community has to offer in one place.

Whatever the reason for your desire to improve - to enjoy the game better, to out-play your friends or even to become a pro yourself, I hope you find what you need and you enjoy your stay here!

Yours truly,
the Dotahaven team

Kyril has been a gamer and esports enthusiast since forever. He started out as a freelance writer for Dota2Navigation and in a few months became the Head of Content for the project. After it fell apart, he concentrated his efforts on making this website a reality.

In a way, the dotahaven.com project is the inevitable child of his two passions – entrepreneurship and gaming.

CTOMAHEH1 started his pro career as a support in Basically Unknown together with Mind Control. Since then he has consistently been playing on the European T2 scene, most recently on Unchained Esports.

His highest placement on the EU ladder is top 100 - he plays all roles (mainly support), which is untypical for high-ranking players and shows his great versatility and understanding of the game.

Nikita is a young man with a passion for gaming. He is not a Dota expert, but his knowledge in Russian and his education in business management puts him in a valuable role for the project.

In other words, the Russian version of the website is his responsibility.

HackSoft is the tech team behind the project. They are an IT dev company with an amazing lineup of young and talented professionals specializing in modern technologies like Python, Django, PostgreSQL, React, and others. Being young also means some of them are gamers. Sadly, they suck at Dota so we couldn’t ask them to create the guides as well.

Diana provided the design for the project. She’s been a web designer for 10 years with a lot of experience in UI, Wordpress development & branding. Most importantly, she is very passionate about her work and a great person to rely on.

Qojqva is one of the very few old-school core players who have been able to consistently stay at the top of the game and to maintain their tremendously high mechanical skill.

Miposhka is the captain and support/offlane player for Team Empire and his biggest achievement so far in his pro career is getting 7th-8th place at TI7 after eliminating EG from the tournament to the surprise of many.

He is also a god-tier player in pubs, but also a genuine and lovable person and an all-around-nice-guy. <3

bOne7 is a professional Dota 2 player playing primarily in the offlane position.

He rose to fame by being part of the legendary C9 lineup that made the most 2nd place tournament runs in premier events in the history of Dota. A TI veteran, bOne7 is without a doubt one of the most creative players out there and a great guy to learn from.

Xcalibur is one of the biggest pub-stars in the history of Dota - he has claimed the number 1 spot on the EU leaderboard numerous times and before the reset, he peaked at over 9 000 MMR.

His incredible success in pubs made him one of the hottest stand-ins in the pro scene and later on allowed him to play for major Dota teams like Fnatic.

Lacoste is a true Dota veteran who formerly played for teams like MYM, OK.Nirvana.int, EG, and CLG. He competed in both TI1 and TI2.

Currently, he is working as a freelance analyst and caster and spends his time breaking down the metagame and the playstyles of the top pro teams.

Nikola rose to fame after reaching 8k MMR and finishing first in an FPL season - a very impressive feat for a support player that proves his extremely high mechanical skill and understanding of the game.

Later on, he found success in various pro teams, including DD, EPG, and Na'Vi, which we are certain is just the beginning of an impressive esports career.

Niko is a rising star on the EU & CIS pub and pro scene and he is absolutely proficient at carrying. He has played for teams like Basically Unknown, Effect, DD, and most recently - 20 min afk les, which won the TI8 CIS Open Qualifiers.

His peak placement on the EU Leaderboards is top 3, while his highest MMR before the reset was 8.5k. According to Dotabuff's player rankings, he is the rank 1 Morphling player in the world.

Rijad originally calibrated at 1k MMR when playing with a friend. When his friend quit Dota, he decided to git gud and in 1.5 years he was able to reach 5k MMR. Nowadays he is 6k and spends a lot of time writing guides and making educational streams on Twitch.

The one bad thing about him is that he spams Arc Warden (Shame!). Yet, who are we to judge when his methods are obviously so effective.

Martin has lots of experience writing about Dota and he is no pushover in the actual game - a Divine III player, Martin plays mid and carry heroes on a very high level.

He has been playing Dota since Guinsoo's Dota Allstars (more than 12 years) and he loves thinking about new builds and strategies.

An IT dev by day, a Dota enthusiast by night.

Toon is not a stranger to writing Dota guides - he has a whole series of them in r/Dota2! He has a very versatile hero pool and loves watching and analyzing pro games.

Are you a pro or semi-pro who wants to create content with us?

Do you know great community guides that you think we need to include in our library?

Do you have feedback for us or any questions?

Don't hesitate to get in touch!

Contact Us
You have more questions?
Success!
Thank you for getting in touch!
We will be getting back to you shortly.
Have a great day!