PolySstrike is an isometric (top-down view) version of Counter-Strike. It was created by a single dude - Mark Mocherad, in the Dota 2 custom game (the so-called Arcade). He has been working on this game for more than 2.5 years and it’s finally out, so big props to him for sticking with it!

You can download the custom game here. To play it, of course, you need to install Dota 2. 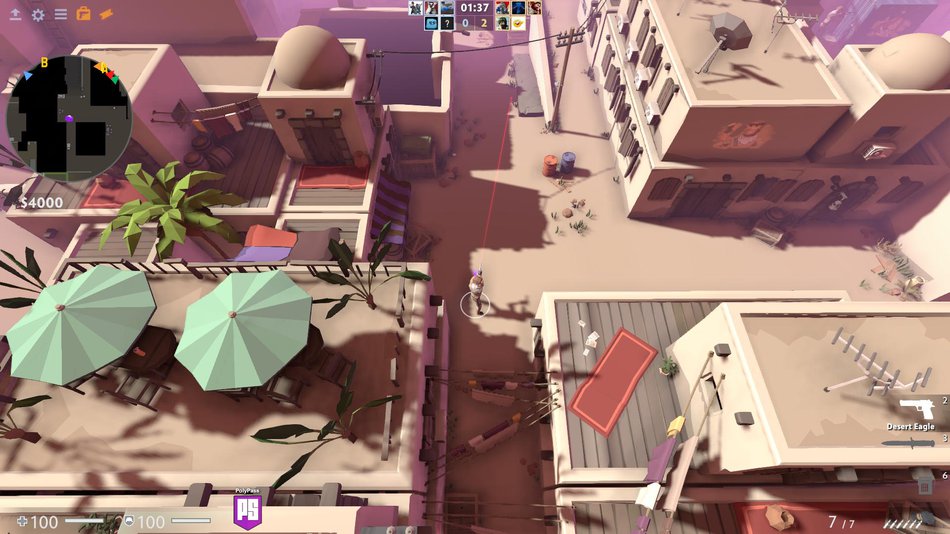 The game has the same economic system as CS: 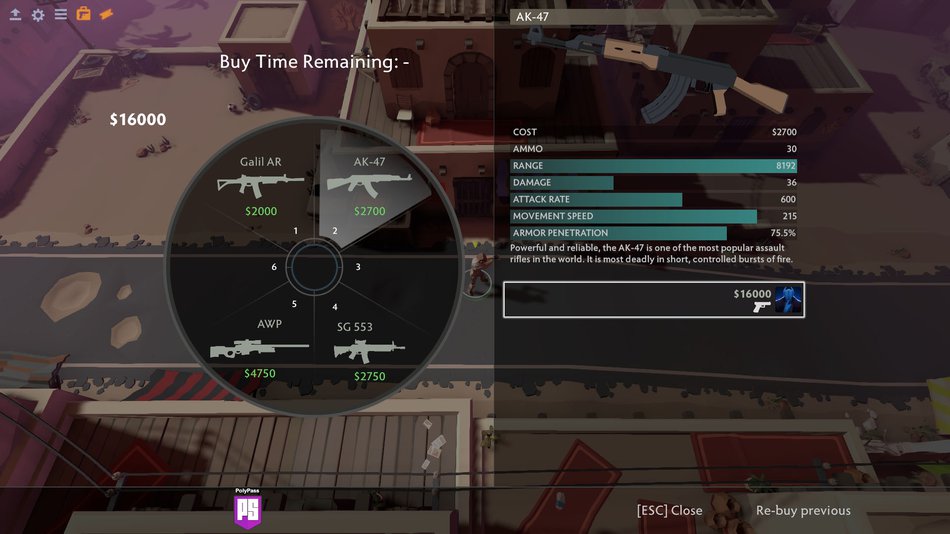 You win gold by winning rounds and you can use that gold at the start of each round to buy weapons (or armor). The more expensive weapons are generally the more powerful, which means that if you don’t have enough money you can consciously play one round with a cheap weapon (pistol) to save money for more powerful stuff on the next round and hopefully get on a winning streak.

Very fun with friends if you can communicate and coordinate on voice chat.

Simply to learn, yet a high skill ceiling (in my first match, a guy went 18-0, which is very impressive in the chaos of bullets).

Aiming is a pain if you have lag.

The isometric view makes a game a bit more predictable and repetitive.

When it comes to general strategy, the viewpoint (isometric instead of a first-person perspective) changes things a bit.

First, it’s much harder to hide and surprise people as everybody has pretty much the same birds-eye view of the battlefield.

Second, it’s harder to snipe people from a bigger distance, so long-range slow weapons are a bit weaker than in the real CS (sniper rifles, etc.), while short-range fast/high damage weapons are a bit better than in CS. That said, assault rifles like the AK-47 are still the golden standard.

The fact that most battles are close quarters and a bit more predictable means that it is, generally speaking, a better strategy to stick together as a team and bring as much firepower as possible rather than split up and try to use the element of surprise to your advantage.

Auto Chess (for which we’ve been writing a lot since the very beginning) set a precedent. It showed it’s possible to use a Dota 2 game mode as a stepping stone – a proof of concept. If enough players enjoy it, it’s definitely possible to expect a standalone game with a bit more polish.

That said, that’s not entirely necessary. If the game mode doesn’t explode in popularity but still retains a good amount of players, it could certainly exist healthily within Dota 2 and develop thanks to its battlepass system that you can buy on the PolyStrike official site to support the game! 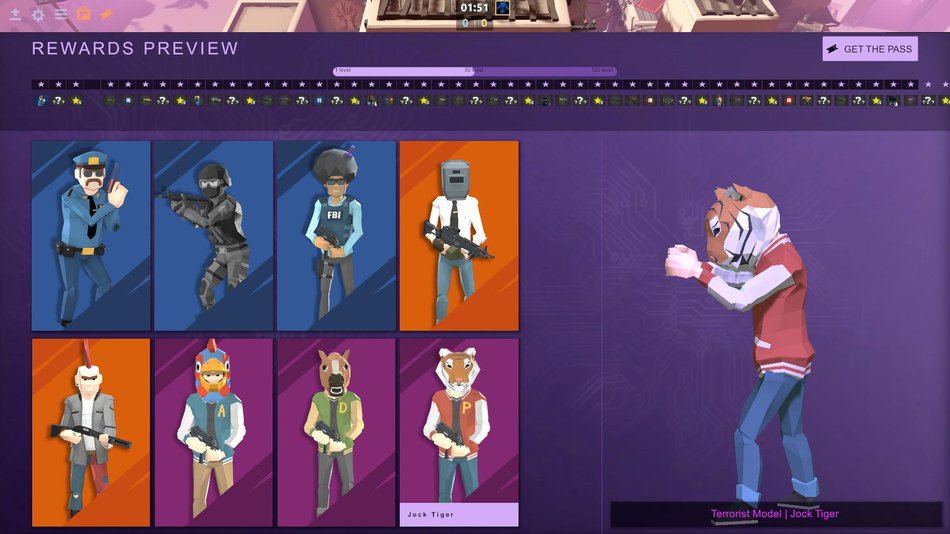