The success of Game of Thrones was the beginning of a wave of TV adaptations of fantasy novels (most notably the upcoming Lord of the Rings and Wheel of Time high-budget adaptations, but also more niche projects like Jade City).

In light of that, it is a shame that the success of The Witcher games hasn’t inspired a similar wave of video game adaptations for at least the more popular literary fantasy worlds.

So, here’s a just-for-fun list of some of the prospects that excite me (and I believe many other gamers and readers) the most!

Check out our Best Fantasy Video Games article to see our detailed list of the best classic and modern video games! We group the games based on genre and cover classics like Heroes of Might and Magic 3, Diablo 2, Warcraft 3, and modern gems like Witcher 3, God of War, and Warhammer: Total War!

There are just so many aspects to Roshar (Stormlight’s world) that seem like they come out of a video game that some of Brandon Sanderson’s critiques argue that it makes it inferior to other literary fantasy worlds. This could be a valid criticism in the context of novels (even though I disagree with it), but in the context of video game adaptations – it’s the opposite.

IMO, there are so many aspects in Stormlight’s setting that fit an ARPG, that it would be one of the biggest missed opportunities if such an adaptation doesn’t happen:

To avoid introducing confusion to the story and setting of the current novels, the game could be set 4500 years into the past, during the events of Aharietiam – the Last Desolation: the Knights Radiant in a clash with the forces of Odium. 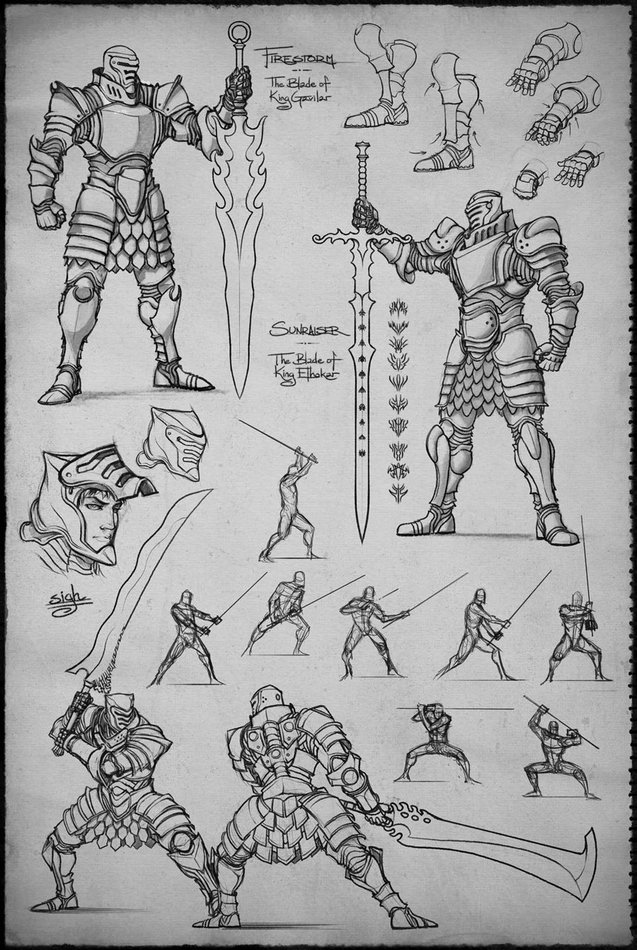 Very, if Brandon and Dragonsteel as a whole have the will to do it. They have mentioned they are reluctant to do Stormlight games until the 10 books are complete, but IMO the Last Desolation setting solves this problem.

More importantly, ARPG’s aren’t as expensive to make as most modern AAA genres, and they have a history of successful crowdfunding. Bearing in mind that Dragonseel (Sanderson’s company) recently led the most successful literary Kickstarter campaign in history, it’s realistic that they can team up with a good game developer and make it happen even without the involvement of an outside investor.

If you’re not familiar with Sanderson’s epic fantasy series, you can read about it in this Stormlight Archives Review.

Like Dragon Age, but with more focus on action rather than strategy.

Joe Abercrombie’s awesome grimdark First Law world is admittedly harder to gamify than Roshar, yet I still think it has amazing potential for a character-driven, highly violent, action-filled 3rd person RPG. The fact that Joe is a gamer himself might make the project even more interesting if he’s heavily involved with writing the story of the game.

IMO it would be glorious to be able to play as a Northern hero building a name for himself while gathering a war band (a dozen) of Named Men. The events in the game could either be set during the time of Skarling Hoodless or during Bethod’s reign. The story could be centered on the war with the union, complicated by inter-clan political struggles, encounters with the Shanka, spirits, mages, witches, eaters, and so on.

The internal dynamics of the war band could be the perfect ground for a story in which the player can make choices that would influence their relationship with different characters. 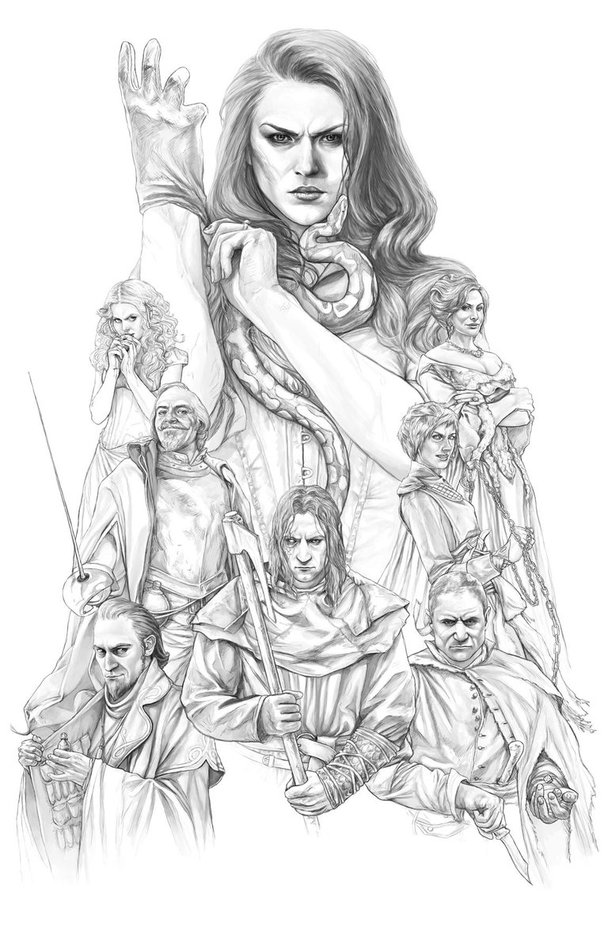 Sadly, not very likely, because games like this are more expensive. Even though First Law is very popular in its genre, I doubt it is popular enough to inspire a publisher to take the big financial risk - safer to make more LotR and Star Wars games.

That said, the success of games like Hellblade: Senua’s Sacrifice makes me at least partially hopeful. A game with a shorter scale and scope could make the project cheaper and still retain the best parts of the premise.

If you’re not familiar with Joe Abercrombie's awesome grimdark fantasy series, you can read about it in this First Law Review.

Like the Witcher 3 in Novigrad, but with more emphasis on stealth and action.

While Mistborn doesn’t have as many elements that fit a video game as obviously as Stormlight does, it has a magic system (alomancy) that fits a highly-dynamic combat system perfectly. Doing a story-driven, linear action-adventure game similar to Devil May Cry and the old God of War games is possible and would be great, but IMO this wouldn’t reach Mistborn’s full potential.

Personally, I believe Mistborn is ideal for an open-world RPG taking place fully within Luthadel, similarly to the Witcher 3’s Novigrad act, with more focus on stealth and combat.

You are a Mistborn (that may or may not be Vin or Kelsier), part of a thieving crew, and you are actively participating in the criminal underworld in Luthadel. The gameplay would have you steal from the Nobels, help out the ska rebellion, participate in political intrigue (infiltrate noble society!), and would culminate in entanglements with the inquisition and possibly the Lord Ruler himself. 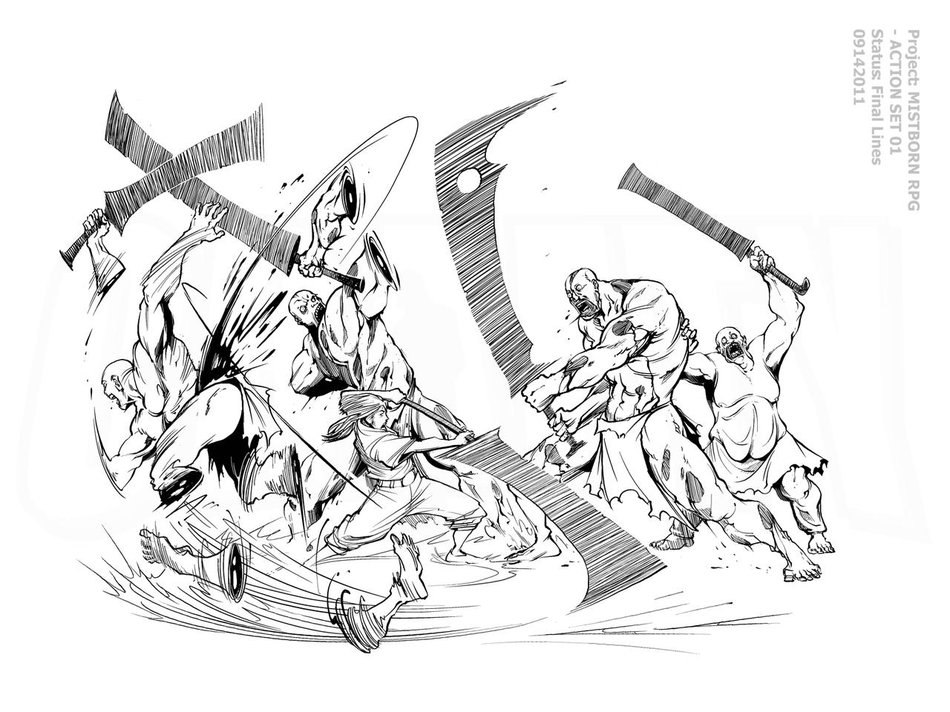 While such a game would be expensive to make, the chance it happens shouldn’t be that bad. Brandon Sanderson’s popularity even outside of the epic fantasy genre means he’s the most likely high fantasy author to be able to attract the interest of a big publisher.

If this ambitious project doesn’t materialize, a crowdfunded indie action-adventure platformer is also a great option. Jumping on the roofs of Luthadel and shooting coins at Inquisitors in 2D still sounds amazingly fun, despite being less immersive.

The uniqueness of the game would come in the inclusion of the houses system (the Deck of Dragons), possibly having another layer of diplomacy - managing the ambitions of the deities and drawing magical powers and powerful hero units from them that you can use in your conquests.

You are an aspiring emperor, leader of your faction. You start as a small nation at some corner of the vast Malazan world, and you grow your dominion by the means of war or trade and diplomacy.

Sadly, not that likely provided that the series is finished and it’s unlikely to start gaining in popularity without something major happening (a movie/TV series/etc.).

Hopefully one of Creative Assembly’s decision-makers is a huge Malazan fan!

If you’re not familiar with Steven Erikson’s vast epic fantasy series, you can read about it in this Malazan Book of the Fallen Review.

Most people are not aware, but WoT has a video game adaptation. It’s a surprisingly good FPS, despite not being commercially unsuccessful. Yet, it came out in 1999. With this in mind, it seems like it’s about time for another game based on Jordan’s classic series.

Hopefully, the WoT TV series will do very well commercially, which would increase the interest in the franchise among video game publishers (in a similar way it did for A Song of Ice and Fire). Ideally, this might make an ambitious triple-A WoT game possible.

The choice of CDPR to start the story of the Witcher games after the conclusion of the novels is a smart one as it gives them more creative freedom - the ability to tell stories that fit the medium better and don’t mess with the original material, while at the same time utilizing the same characters. IMO a similar approach, while not mandatory, would be ideal for a WoT video game and would allow it to tell a story of its own within the world.

While open-world elements are great, the Witcher being a monster hunter provides a unique opportunity for open-world content (contracts all over the world). A WoT RPG might be a bit better suited to a more traditional, linear story with minor side-plots and lore-bombs.