The new Dota Underlords patch just went live and along with a lot of technical fixes and improvements, it brings some very interesting balance changes to the game. The patch focuses on rebalancing the strongest and weakest strategies in Underlords - namely Mages and Dragons/Knights. This makes things a bit more interesting and it pays to enter the game prepared! 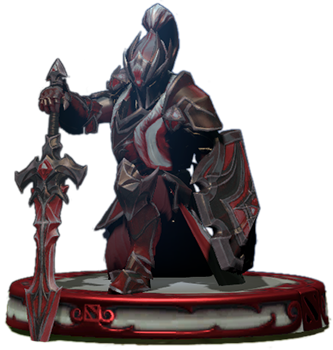 Now you only need (2) Dragons to activate the synergy bonus, which itself has been reworked to unlock additional abilities rather than simply give Dragons 100 mana on the start of the combat.

This is a significant change on two levels.

First, requiring only two Dragons makes it easier to include more synergies in a Dragons strategy. I.e. (6) Knights + Dragons now requires only 7 units, which leaves an open slot e.g. for a Heartless unit to get the (2) Heartless bonus on lvl8. This increases the DPS output of the mature strategy earlier, which is a welcome change.

Second, the additional unlocked abilities are another straight buff:

For example, Viper receives a lot of Magic Resistance from his passive (30/50/70). From one of the worse Assassins in the game, now he is likely one of the best Assassins to counter mages and a Dragons + Assassins draft seems viable.

Puck gets Phase Shift, which allows him to vanish just before he receives damage - he can dodge an attack or even a powerful nuke. He is an Elusive Dragon Mage, and he as already a good unit in Mages, especially with an Elusive frontline. This makes him even stronger in such a strategy.

Dragon Knight gets more HP and HP regen, which is further amplified by the Knights changes and increases his survivability a lot. The change in which Knights retain half of the damage reduction even when away from other Knights is very important for him because of his long range. His new AoE nuke (Breathe Fire) is also a nice bonus. The nuke damage (200/250/500) could make him useful in Dragon-Mage strategies, while the percentage damage reduction debuff that it applies (25/40/55) makes him even tankier and possibly a good frontline hero.

A bit of an outdated screenshot above, you no longer need the third Dragon (Puck or Viper), but the Trolls-DK positioning still applies.

Dragons aside, the actual buff to the Knights synergy is a big deal. Not only does it increase the damage reduction to 65%, but the fact that you keep approximately half of it even if your Knights move away from each other is very helpful. Of course, you would still want to keep them close to each other and you would likely still want to go for (6) Knights because it makes it easiest to keep the buff online (although a (4) Knights drafts might also be OK with e.g. Trolls/Warlocks/Heartless as backline damage dealers).

The 65% damage reduction combined with items like Pipe and possibly BKB might mean that Knights are one of the best Mage counters right now. More importantly, the overall very higher and more reliable damage reduction should make Knights a Tier 1 strar right now (it could even turn out Valve over-tuned them a little bit). 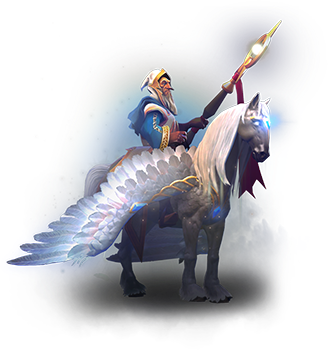 Mages were the top strategy before the patch by far, and everyone expected them (especially Keeper) to get nerfed. That said, the changes are a bit different than the straight damage nerfs everyone expected:

This shows an interesting design philosophy - instead of making mages weaker, they want to make them counterable:

That said, we don't believe this is enough.

Dota Underlrods is a game in which you build your own strategy first and counter the strategies of your opponents second. You cannot go into the game with the mindset that you're going to counter Mages right from the start - there are 8 players in the game, it's fairly likely that some of the stronger players in the lobby will not be playing Mages. If you are trying to build a Mage-counter strategy from round 1, you could lose from other strategies before you get the chance to face a Mage for the 1st place in the lobby - the scenario for which you've theoretically been preparing all game.

In an Auto-Battler it's very important that all strategies are equally viable. This way you'll have the freedom to use the rolls that the shop is giving you creatively to their maximum potential. Even if Mages are easier to counter in the new patch, it's bad if the metagame revolves around a single strategy choice:

You either play Mages or try to counter them (with Knights. Assassins could counter Mages, but then you will get destroyed by Knights).

Sadly, we think this is what this patch will bring to the meta. A two-second delay of Illuminate is a nerf, but it's not a big enough nerf against most strategies in the game which don't have a way to directly focus your backline.

Opponent Selection:
Great change, one that the Auto Chess community has been asking for ages. It reduces the chance that you'll get eliminated from the lobby early by facing the top player over and over again.
Immersion:

Another change requested by the community - in Underlords you feel a bit more isolated by the other players in the lobby compared to the original Dota 2 mod where you could see and hear nearby boards easily. This change attempts to bring some of this familiar atmosphere to Underlords. Sadly, without the open space of the Dota Auto Chess map, this change makes very little sense - the Boards of Underlords are closed-off, hearing sounds from other battles feels quite strange.

Even if the new patch doesn't bring perfect balance to Dota Underlords, one thing is certain: Valve is listening to the community very carefully and implementing changes with a great sense of urgency (as they should, Team Fight Tactics and Auto Chess aren't sleeping either). This should make all of us very happy - the game is bound to improve a great deal with time. And until perfect balance comes to White Spire, we'll simply be playing our Keeper of the Light with double two-star Crystal Maidens to help him gain his Exodia (150 mana) a bit faster.