Mineski.Nikobaby's Journey to The International

The player profiles are some of my favorite pieces of content ever. Knowing more about the person behind the keyboard makes competitive Dota much more interesting. It helps you put their whole story into perspective, makes the drama of losing and the triumph of winning that much more meaningful.

We know a lot about the people on the top of competitive Dota because we’ve been following their story for years. Every once in a while, however, a new face pops up on the scene. This is exciting, but at the same time these new people are the ones we know the least about and because of this they are the ones hardest to emphasize with. Being the absolute sucker for an underdog story, I want to change that.

With Mineski’s win of the SEA qualifiers, a rare opportunity presented itself. Mineski.Nikobaby, their new carry player and someone you probably know nothing about (yet) is someone I know personally and have had the pleasure to work with briefly (we created these in-depth carry guides with his help).

If you’re paying attention you might have noticed that Mineski’s win makes Niko the second Bulgarian player at TI this year – the first one being Mind Control. As you would have thought, the two started their pro career together (there aren’t that many top-level Dota players in a small country as Bulgaria). In 2014, Mind Control was the offlaner and captain of Basically Unknown, while Niko was the carry. At that time, Niko was ~16 years old. The team’s biggest achievement was that they qualified for the DreamLeague Season 3 playoffs. Ironically, by the time of the DL LAN internal conflict had already broken the team and they went to the tournament with “the clear conscious that we’re going there just to collect our last place prize money”.

After the DH loss, everyone went their own way. Mind Control, as you know, went on to win a season in FaceIt, to be recruited by one of the best captains in the history of Dota, and to win TI. Most other members of BU, Niko included, continued their adventures in Tier 3 competitive Dota with the hopes that they will also find their way into the Tier 1 scene.

After BU, Niko was not someone that the general Dota public knew about, but he had his own notoriety in the pro circles, especially in CIS and now – SEA. According to Dotabuff, for a long time Niko was the best Morphling player in the world (256 pub games, 71.48% Win Rate, 7.56 KDA). He is also a player that has frequently been top 10 on the EU leaderboards.

This gave him the opportunity to play in some T3 & T2 stacks: Balkan Bears (where both W33 and Miracle- started their pro career), NLG, Monkey Freedom Fighters, etc.

Last season, he got recruited by Sonneiko in 20minAFKLes to win the CIS open qualifiers and play in the regionals, sadly getting eliminated in the group stages. 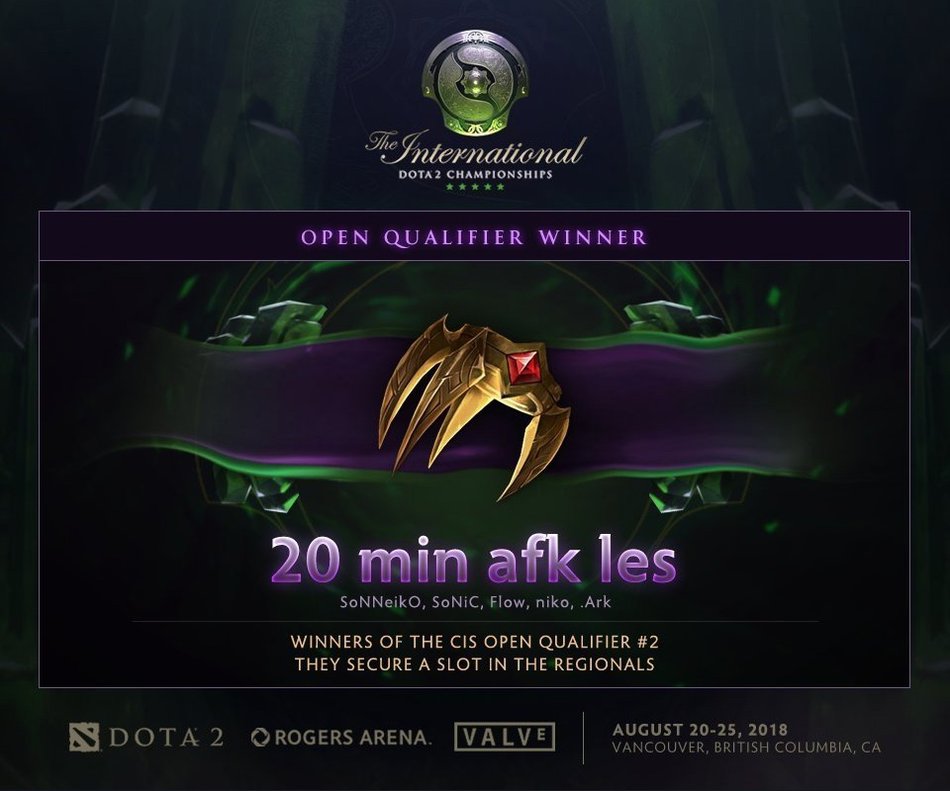 A trip to Asia

This season, Niko got invited to travel to SEA and play in Clutch Gamers by SkyLark – the two knew each other from the pub and the semi-pro scene in Europe, and SkyLark believed in Niko’s potential as a pos. 1 player. This iteration of Clutch never found meaningful success, but Niko got noticed and even after Clutch fell apart (mainly due to problems with the organization) he stayed in SEA to play. 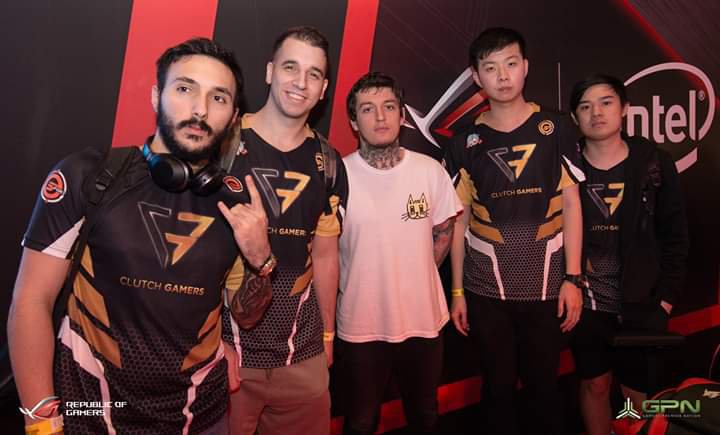 He played for a bit with different teams, most notably WG.Unity, which sadly also fell apart. He got a couple of invites from different teams for the TI qualifiers (including Beastcoast, unfulfilled because of Visa issues) and finally and luckily he got invited to play for Mineski. This takes us to the present day and undoubtedly the biggest success in his career so far – winning the regional qualifiers and a trip to Shanghai for TI9.

Niko’s favorite pro player is Hao, and undoubtedly there are similarities between the two, maybe a result of Niko’s study of the legendary Chinese carry.

Unsurprisingly, the guy who has Medusa tattooed on his neck is a true position one player. He is a fighting carry (the meta nowadays enforces this to a degree, the days of pure AFK farm are behind us), but he is not the main playmaker on the team and prefers not to take unnecessary risks. He wins games by farming efficiently and using his farm advantage and very high mechanical skill to secure key fights in the mid and late game.

During the qualifier, he made name for himself with his first-pick Juggernaut:

Getting to know Niko:

Probably this is the part where you expect me to tell you how Niko is an absolute saint like GH.

I won’t. The guy that is flipping the bird on his Instagram below a text saying “dislocate your neck”, and licking a knife on Twitter, surprisingly, is not a cuddlebear.

Pro Dota really needs a few more bad boys to spice things up. Puppy can’t carry the burden of breaking monitors on his shoulders all alone.

One conversation I had with him that I remember clearly was after last year’s TI grand finals. We were talking about the OG vs LGD series and I remember he said he believes if he played for LGD in that series they would be champions for sure.

Even if this statement (that struck me as quite arrogant) is true, the real question is whether LGD would have even reached the finals if Niko was playing for them. I’m certain he believes so, and I’m certain everyone reading this right now is thinking the opposite. After all, Niko has yet to prove himself. Now, one year later, he has a chance to do so.

This old conversation reminds me a bit of Sumail when he entered the T1 scene. There was an interview at DAC where Sumail said he thinks he’s a top 5-6 player in the world, implying he is better than a lot of veterans who have years of experience and success behind their backs (he named s4 as one of the people he's better than). The community was outraged – he certainly came out quite arrogant for someone that hasn’t achieved absolutely anything in Dota. Sumail ended up winning the tournament, and later on – TI5.

I think that in order to be a great core player you need to be arrogant, driven, and to believe in yourself beyond what people consider rational or even socially acceptable. Some of the best core players in Dota are like that even if they are mature enough not to state it publicly. Even Dendi, the most humble guy as a person, was arrogant inside the game during his prime (according to himself and Puppey).

I believe Niko has these qualities, which makes me very hopeful for his future in competitive Dota. I, for one, can’t wait to see him play for Mineski on the biggest stage of all, as well as to follow his career in the coming season! 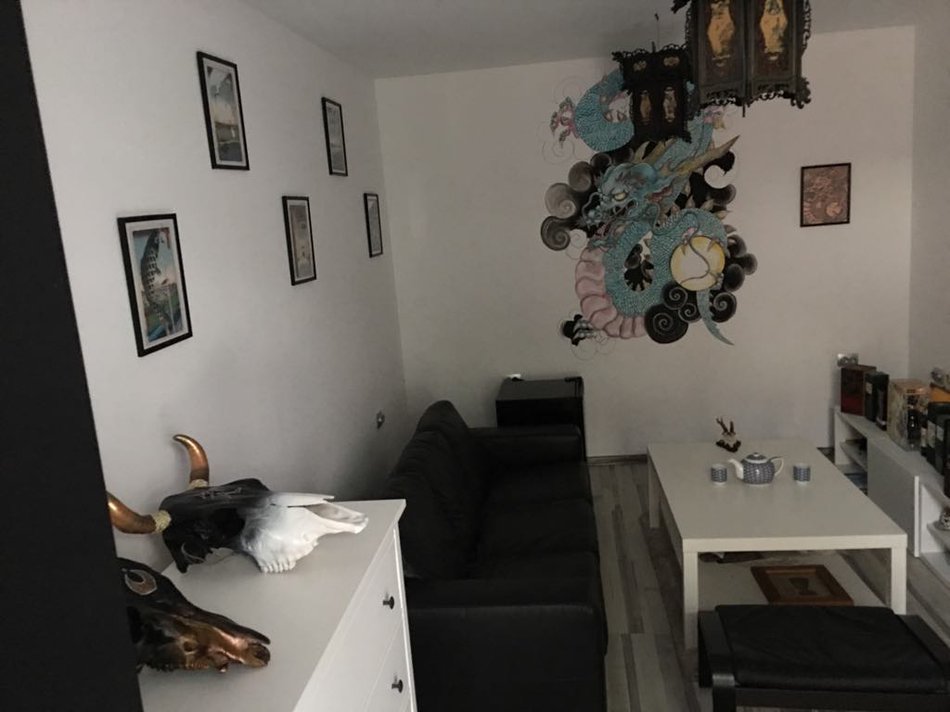 Above: Niko’s room back home in Bulgaria. As can clearly be seen, Niko’s not only a fan of Chinese carry players but of Asian culture as a whole. The dragon wall painting and taxidermy art skulls were made by this talented artist: Instagram, Facebook

I hope you liked the article! If you did, stay in touch - you can follow our social media below. During TI we will post the occasional pro match analysis.